John Roberts on making Meditations of a Lighthouse 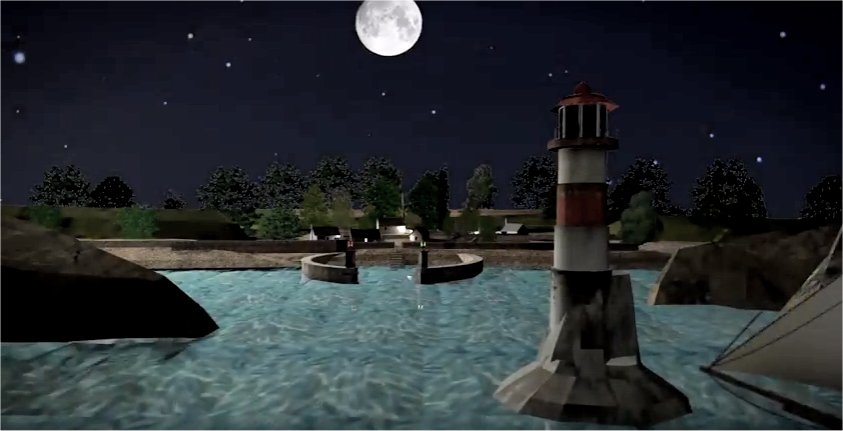 What inspired you? Did the film begin with the poem and the connection with Marian?
Marian is my cousin and often visits for a family get-together. She is very artistic and creative and during one visit she told the story of a play she had taken part in, called ‘Daisy Pulls It Off’ by Denise Deegan. At one point in the play the girl pupils are instructed to write a poem for their school poetry competition on the subject of either ‘Heroes’ or ‘The Meditations of a Lighthouse.’ Of course, all the pupils take the easier option of ‘Heroes’ but Marian wondered whether it was indeed possible to write a poem about a lighthouse. She read the poem to the family, and as soon as I heard it I realised it would make a cracking one-minute film! I arranged with Marian to record it on her next visit, and committed the reading to my trusty Tascam DR-05 sound recorder, using an Audio Technica ATR6550 microphone in standard cardioid mode. I had no idea at that point exactly how long one minute of screen time would take to produce!

Were you on the lookout for an animation project? Has that become your preferred genre?
No, I wasn’t specifically looking to produce an animation but as the project progressed I realised animation was probably the only way I could achieve visually everything I had in mind. I don’t think of animation as being my preferred genre, I treat it as a production tool the same as any other; simply a means to an end.

What software did you use?
I use a piece of software called ‘Floorplan.’ It’s not an animation program but one that architects use to generate a 3D image of a house they might build for a client. I first used the program in the 1990’s whilst creating an interactive ‘house’ for my band’s website and have used it ever since, but not in its traditional manner. I chop and change a lot of the elements to create new objects that I might need for a design I am working on; for example the iron railing surrounding the lighthouse is a gazebo with the roof removed, and the rolling hills the village sits on are small garden boulders massively resized and re-textured. I like to delve deeper and create new things.

Was it a different experience collaborating with others?
I have collaborated more with other people on previous projects, for example my music videos. Marian left me to my own interpretation of her poem and my brother Derek simply ‘knew’ exactly what I needed for the clip art so he required very little input from me.

One of the joys is that the film has a lot of movement and also jokey touches. How did you go about planning it?
Planning always take a long time. Before I started I had three options: either stop motion animation using miniatures, build an automaton which would recreate the entire poem in real time, or use CGI. Stop motion was discounted because I couldn’t think of a way to recreate the moving waves, which was why I considered a mechanised real time model, but eventually discounted this too because of the complexity involved. I felt comfortable working with Floorplan so decided on the CGI route. The small vignettes were thought of over a number of weeks, in an attempt to reinforce the lines of the poem and add to the light-hearted feel – for example the line “West to East, and East to West” was depicted using a speedboat and water skier skipping across the screen and back again to match the reading, which I paused slightly to allow time for the boat to cross. I then thought it would be fun to include a shark chasing the water skier and added an interpretation of the ‘Jaws’ theme. I just tried to create something visually complex that could be watched more than once. There are things happening in different parts of the frame that are not necessarily part of the story line.

What was the hardest part of making it?
Building scenes in Floorplan is never easy because of the way I use the program; the basics are easy enough but beyond that it’s trial and error. The lighting is critical and a change somewhere in the scene often unbalances the ambience somewhere else. Floorplan is not an animation program so I had to manually plot (on paper!) the camera’s X, Y and Z (height) positions for all the ‘unchained camera’ moves. Flying through the trees at the start, dipping down and rushing through the village, out of the harbour, across the open sea and then climbing up and into the lighthouse light room all had to be plotted frame by frame and timed at 12.5 frames per second to match the reading of the poem. The only camera positioning variables that can be entered into Floorplan are the camera height and the target height; the X and Y position, along with the direction the camera is pointing, can only be set by placing the camera in the 2D view. However, completely by accident I found the camera could be ‘nudged’ like any other 3D element in certain views and this allowed me to move it in the X and Y directions. Panning the camera isn’t easy because Floorplan has no variable input for camera rotation, but I found that if I placed an invisible segment of a huge spiral staircase and used each ‘step’ of the staircase as a marker to point the camera towards I could get the pan rotation smooth. Every frame required the camera to be nudged about, twisted around and tilted up and down according to the plot on my paper, before rendering the image,
However, I don’t think any one aspect of creating the animation was markedly harder than any other. Luckily Floorplan can render an image quite quickly so if something didn’t look quite right it was relatively easy to make small changes and re-render.

Is there anything else you'd like to tell us about it?
The soundscape is probably just as complex as the visuals. I love working with sound and relish creating a natural sounding environment – something which is sadly all too often overlooked. In all there were over 60 different audio clips used to create not only the sound effects - dog barks, electrical sounds, various boat and plane sounds – but also the ambient sounds of wind, rain and surf. Just about everything visible on screen has an associated sound or sound effect, including the ill-fated Sputnik, which uses a genuine recording of Sputnik transmission! Although the reading of the poem is the main attraction, the underlying soundscape is critical to the overall experience.
I think Marian had the easiest part in the production; once the reading of her poem was complete I took the recording away and spent 400 hours constructing a one-minute animation to go around it! Would I do it again? Of course I would!

John Roberts
​Sep 2017
back to interviews