Richard Miller on making Night Tide
I have been making films since around 2003 but only in the last two years have I been doing it consistently and properly learning my trade. In 2012 I worked with a Hinckley film maker (Lee Price) on our feature film Neville Rumble which is now available on Amazon Prime.
I like films across the spectrum of genres but love the work of Chris Nolan and Denis Villeneuve.

Body in the Box Productions has varied through the years with a few constant actors and crew. In recent years the projects have mainly been my own personal ones.

I have no idea how we come up with any of our film ideas! We wanted to make a suspense horror and worked with the location to decide what happened. We had a couple of brainstorming sessions with the crew but Night Tide generally was a fairly easy one to write. 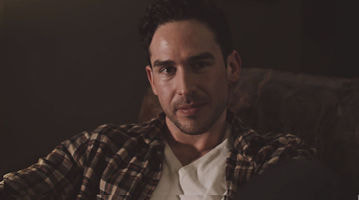 ​
​Gavin Fowler, our lead actor, has worked with us in the past. It has been a few years since we had him on board but he is a top class actor with TV and mainstream film work behind him. The last shot of the film was taken at 1:30 am with Gavin needing to drive back to London straight after! 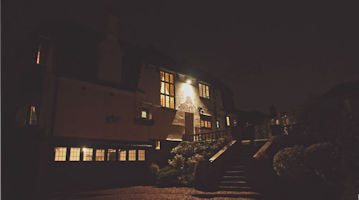 ​The location is my own house. We moved in last year and since then we have been itching to make a horror. We happened to be filming at Christmas time and I wasn't allowed to delay putting the Christmas trees up any longer. We felt that the bits of Christmas decoration neither subtracted from the film nor drew too much attention.
We tested all of the technically difficult shots before the day of the shoot, giving our actor room to play with his performance without the technical elements interfering. That is the benefit of shooting in your own home.
Structurally, our aim was to let the film breath while not wasting any time on screen. All the shots helped the story progress and built up to the next moment.  The film was shot in 2 evenings with one pickup day for a shot Beth did outside. The film has had the best critical acclaim of all of our films and will now hopefully work as a showcase for future projects and collaborations. ​
Its our first real stab at lighting in this style and we believed it would be the key to the visuals we were looking for.
Grant Archer and I worked on the lighting together using a mixture of small Rotolights and some excellent battery powered work lights from Screwfix. They are super cheap but last for ages and cast an incredible amount of light. Sometimes its easy to get hung up on the quality of the light but if its filtered right, and shaped, you really can use some budget kit. Grant is a photographer friend who has a great eye for image.

​The music was already on Audio Jungle. But it still took some time to filter down. Music makes or breaks a film. If used correctly it can lead the viewer through the scenes with the actor. We love the music we found for this film and again it was very cheap (do you sense a theme here?).
The sound was mixed by me. It was a challenge with the fire in the living room trying to take centre stage. The mix evolved as we put the film together. The knocking sound that links to the reveal at the end was a last minute idea.
Why is it called Night Tide? I think the themes of water and darkness together hold some fear for me especially as I am not a great swimmer.  With the watery ending in the film, this title seemed to fit well.

We are very pleased with the result. There are always things you would change when you make a film but at some point you have to say it is what it is. It is the most cinematic film we have shot to date and its something we are going to try to sustain with future productions.

We only got to stay at BIAFF for the one film block as we had competed in a 24 hour film challenge the day before and were incredibly tired. I thought the organisation was great and you could tell everyone had a real genuine passion for film. Next year I really hope we can stay for the full event and fingers crossed we will have a couple more films to submit!