​back to interviews
Emmanuel Li on making
​Have You Seen Buster?
Having never had any experience in the industry nor any family members in the industry, I had to learn everything myself by just picking up a camera and making things. This started with little video projects for school but grew into narrative shorts, and eventually I founded Big Tent Films (www.bigtentfilms.com) in 2018 with fellow BIAFF-winner Ethan Ross (maker of Early Works), and from then we've been constantly making no-budget, youth-led, independent projects with other young creatives.
​​I'm inspired by anything, everything, and everyone. I'm interested in all the arts and the great thing about film as a medium is it allows me to bring all that together and express myself in so many different ways, be it through the script, cinematography, costumes, colour palette, dialogue, editing, and so on... 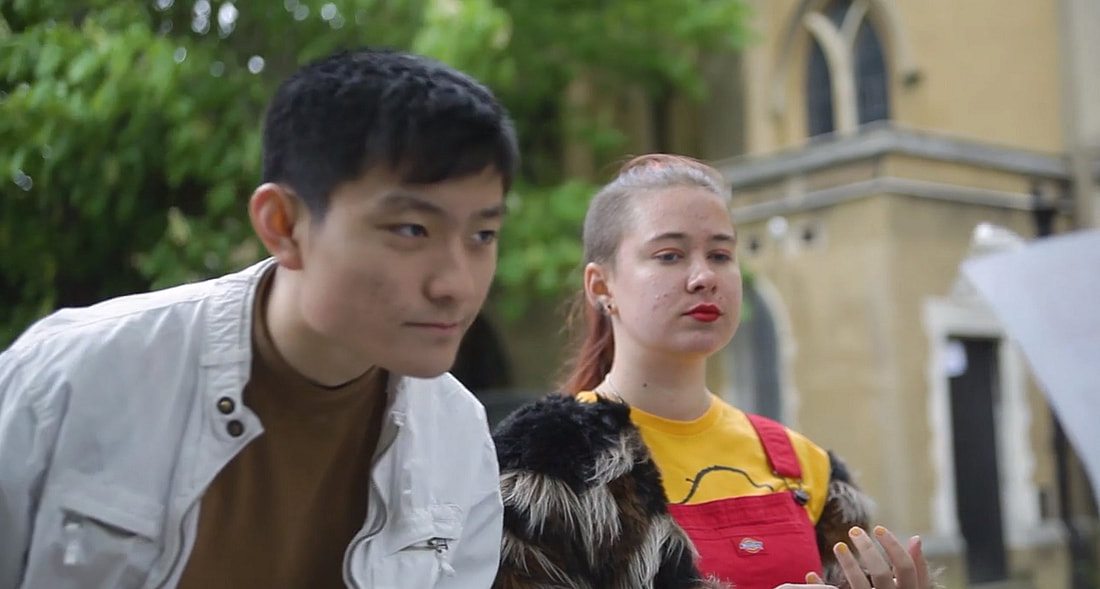 Emmanuel Li cameos with Ellie Fitzpatrick
It was a lot of fun imagining what wacky characters could inhabit this colourful little town, but to tie together all the comedy there had to be a central, beating heart, and Will Jacobs was perfect for this. I had previously directed him in a school play and he had such a fresh, exuberant energy both on and off stage that he inspired the character of Jacob in the first place. Therefore we had to do very little rehearsal since the character was based on his actual personality. We would shape the performance together during the shoot to give it a sense of spontaneity, humour and spark. 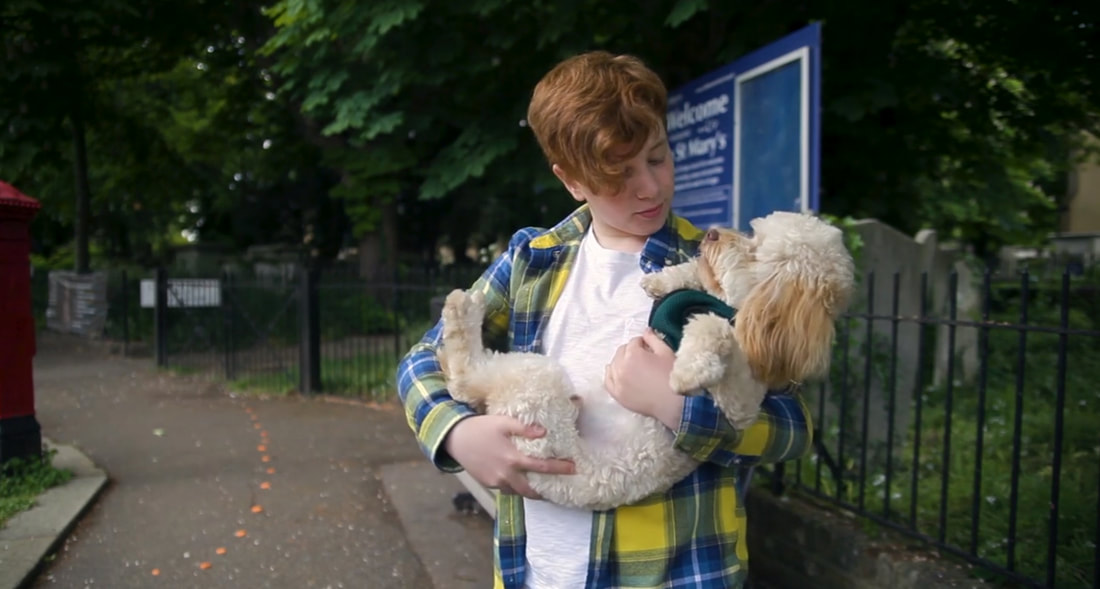 Will Jacobs as Jacob with Monty as Buster
​​My goal with the first shot was to instantly get across Jacob's character, his (apparent) goal and the plot of the film, but also endear the audience to him, hence almost breaking the fourth wall. I'm naturally drawn to a bold, striking visual style with playful editing, but there always has to be a reason for it. In this case, it was to convey the exhilaration and euphoria of being in love (even if we don't initially know it's a love story) and to sweep the audience along on a fun, engaging journey. I love using dynamic wides to show characters interacting with their environments but also big close-ups for the important moments, such as Jacob's heartfelt speech at the end, or the carrot. 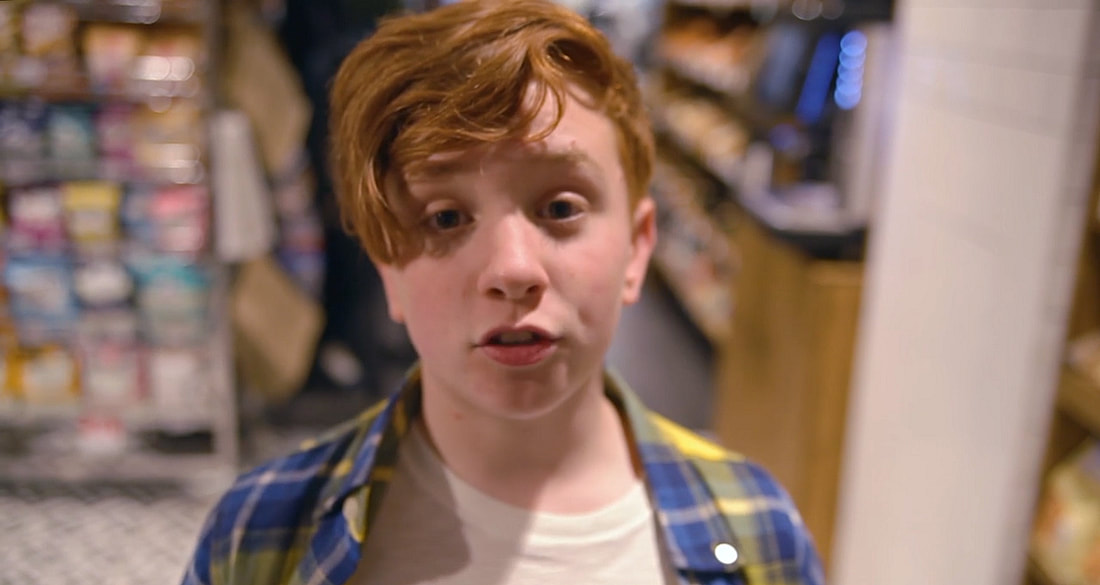 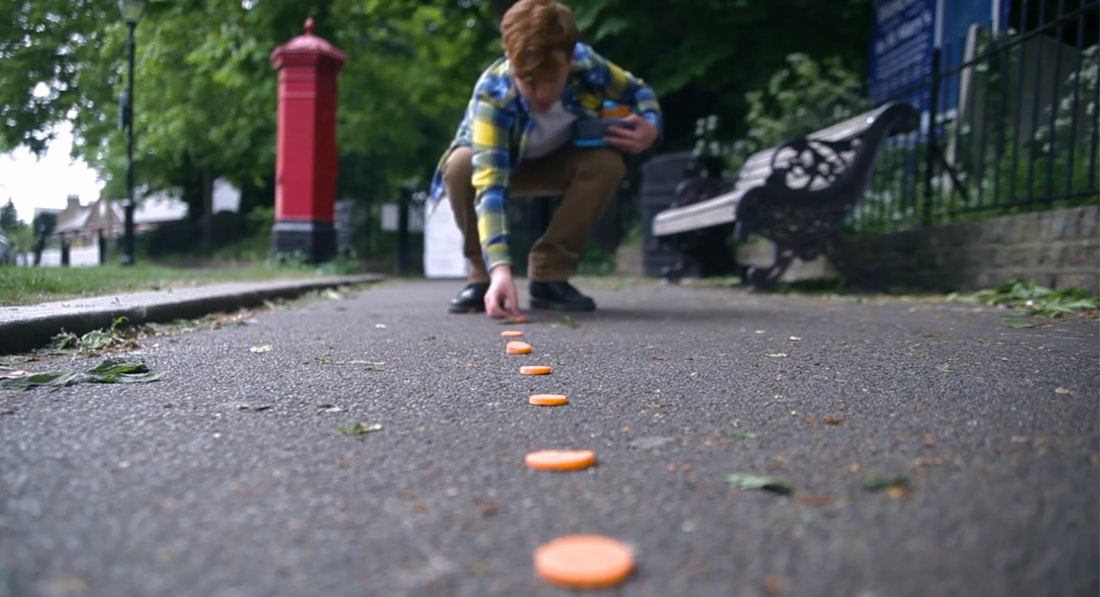 ​​I designed and animated the titles myself. I loved the idea of following a carrot trail of names as opposed to traditional rolling credits. The graphic style was heavily influenced by Saul Bass. 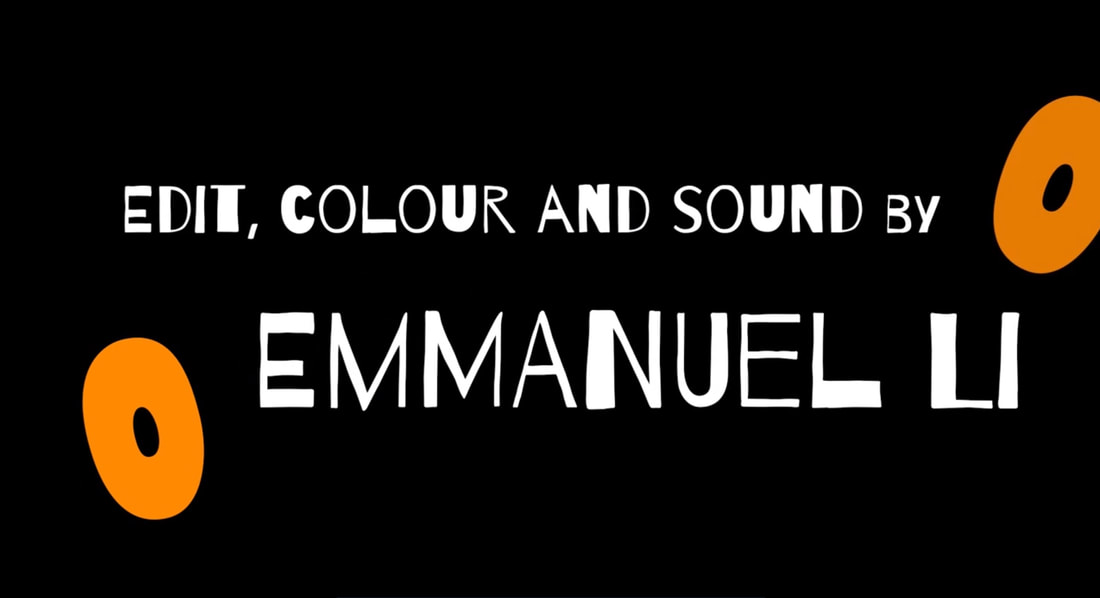 The music was a crucial part of the film from the beginning. I composed the main theme, motifs, and chord progressions on my piano before handing them over to Alice Ashmall, who crafted the wonderful orchestrations for her string quartet (Jackie Zhang, Amira Campbell, Deniz Tanritanir, Alice Ashmall), Louis Waplington-Haine (the flautist), and myself to play. A lot of the music was recorded beforehand and used on set while shooting, hence its unity with the image in the final product.
I've always called 'Have You Seen Buster?' a "little film with a big heart", and it truly warms my heart that this little film has connected with people all over the world. I couldn't have imagined it to have got as far as it has on the festival circuit, and hope I can keep making films that make people smile, think, laugh and cry.
Please say something about your experience (positive or negative) with entering the film in BIAFF. ​
​It was a wonderful experience. You've been friendly, communicative and it's clear you really care about our film and getting it out there. It's such a shame we couldn't meet in person at the annual event, but I hope we can in later years.
​back to interviews