​back to interviews
Jan Gruszka on making
​Oh Mom!
I took interest in film making with my friends in high school, I was about 16 at that time. It was the broom handle boom microphone stage. Later on I joined the “FOSA” film making community at my university. It was a great opportunity to work with a group of wonderful people and use some more professional equipment.

​​I knew I wanted to make a film so I started looking for ideas. Music has always been a great inspiration for me, so I was listening to all kinds of tracks and when I found the song which is used in the film finale, I instantly decided to make some cool, witty film with it. I brainstormed a lot of ideas and this one emerged. Then I refined it and made it more personal by portraying some family situations and sort of coming-of-age moments of every young adult
I held a casting for all of the roles - we put out information on some Facebook groups and invited our friends and relatives. There were a few candidates for every role, so I had to choose. The most challenging role to cast was the mother of course. In the end, all actors turned out to be just in the right place 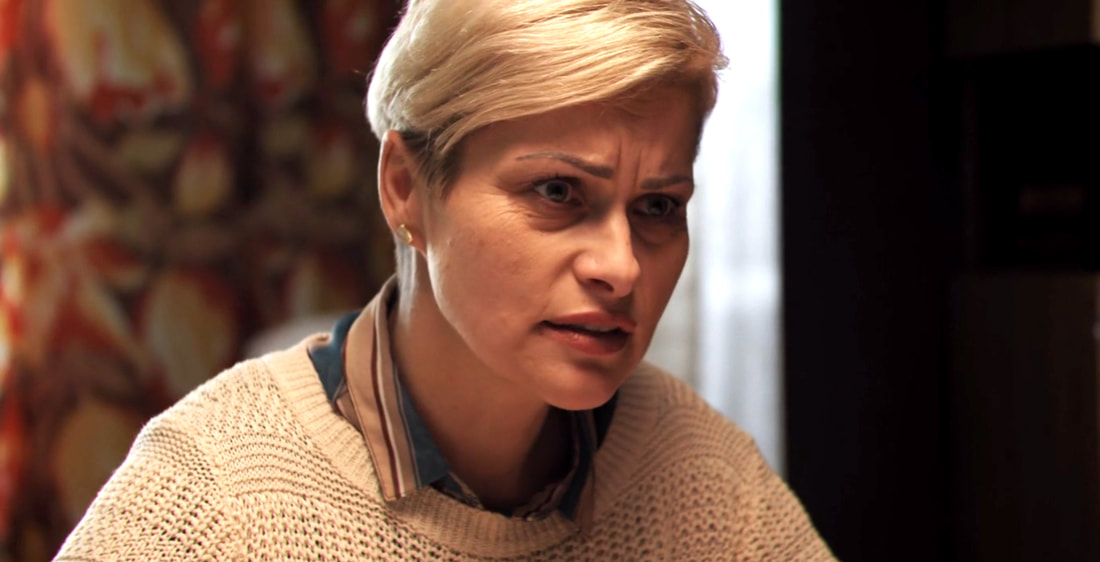 Izabela Maciuszek as Mom
​​There is a lot of deadpan, visual comedy e.g. with the balaclavas etc in the car. How much of this was planned in advance?
Nearly all of it was planned. I’m a big fan of thorough planning in advance, as it provides a backup plan for me. Naturally, the whole script was refined later on, as we had to adjust some jokes and dialogs during the shooting to fit our actors better.

​Do you have experience with making comedies? Do you have a favourite comedy film director or comedian?
I must admit I like this genre a lot - my two previous films were comedies as well. I’m particularly fond of visual comedy gags and old-style comedies. Apart from that, I reckon what makes a good comedy is the ability to observe and portray social relations and archetypes using satire. In this field I particularly value the work of Stanislaw Bareja, a polish director who lived during the communist regime in Poland and punctuated its absurdities seamlessly in his films. Some of my international inspirations are Buster Keaton, Charlie Chaplin, or more recent Louis de Fines and even Leslie Nielsen.
The family (and especially the mother) provide the heart of the film and also the tension. Was this based on typical Polish humour and depiction of family life? Would a Polish audience respond to the mother in a special way?
I think that it is more of an universal experience of a mother (or mother-in-law) who can be annoying, especially for young adults. Some of the dialog is well-known Polish sayings. However, the most “Polish” thing is the room decor - the plates, glasses, wall unit etc. That’s how a typical flat looked like in the 70s and 80s. To be honest, you can still see it in our grandparents’ homes. I wanted to depict the paradox that even though the children may be annoyed by their parents’ behaviour, in the end the parents really do care about them and do everything because they love them. 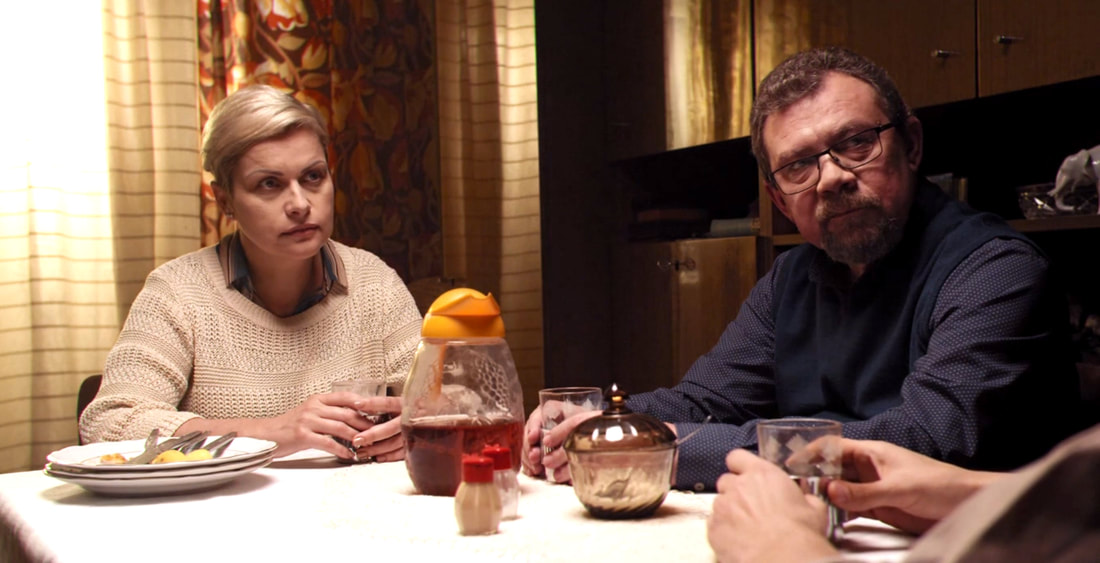 How did you get the use of the post office location?
In the first version of the screenplay it was a bank robbery. Soon we realised it will be impossible to shoot in a working bank, so we changed the screenplay to a post office and I wrote around it. One day I was walking in the city centre of Wrocław and saw this magnificent old-style building with a beautiful interior. Later on it turned out it was an old bank branch which will be closing in about a month, so I reached out to them and they allowed us to film inside, free of charge! The problem was, we already had a post office in our screenplay, so we had to use scenography to make it look like a post office.

​Tell us about the music. It is upbeat and bouncy, bringing us into and out of the film feeling positive.
As I said before, music was my main inspiration for this film. I wanted to achieve the kind of feeling you get when the music fits the image perfectly. After all, the ending is positive and satisfying and I wanted the viewer to feel that way. As for the heist music used inside the bank, I decided on some musical themes widely used in such situations in films. I drew my inspiration from a lot of gangster movies, especially “Snatch” by Guy Ritchie.
Was it an easy edit? I have the impression that every shot was carefully planned.
For some sequences - like entrance to the bank and the scene in the vault - I had a clear vision in my head and we shot and edited exactly as planned. In other instances - like the dialogue in the house - the original script didn’t work out very well so we had to edit it heavily and alter the actors’ lines to achieve the right pace. In fact, there was an additional scene in the kitchen that never made it to the final cut, because I felt it did not match the rest of the film.
​ Please say something about your experience (positive or negative) with entering the film in BIAFF.
BIAFF was the first international film festival I have ever entered. I love the great communication with the festival authorities and clear rules. However, the thing that I value the most is the feedback from the jury. It is really important for me as a creator to know that someone watched my film thoroughly and made very insightful observations, whether positive or negative.
Following up the previous point, I think that (let’s be honest here) every director just loves to talk about their film, so answering these questions is a pure pleasure. Especially that they are specific for every film and not just copy-pasted.
​back to interviews